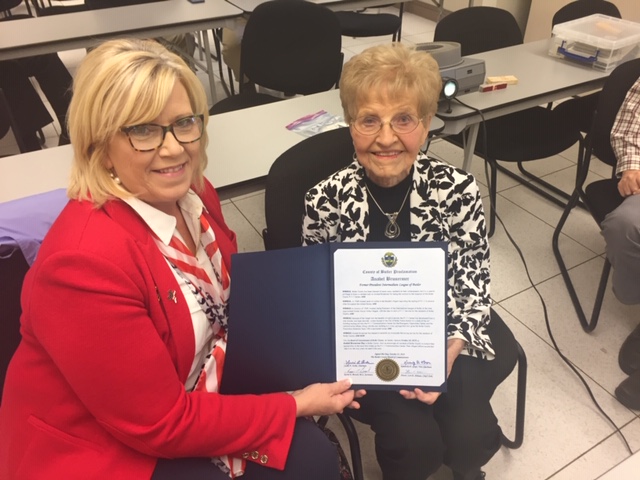 Butler County Commissioners are honoring a longtime community servant for her role in establishing the county’s 911 center.

The commissioners are declaring today “Anabel Brunermer Day” across the county on October 23rd.

Brunermer’s idea to launch a 911 center began back in 1969 when she was the president of the Intermediate League of Butler.

She had read a story in Reader’s Digest about new emergency communication systems being developed across the country and decided to approach former mayor Arthur Megan with the idea of creating one in Butler.

Since that time, the 911 Center has developed from a one console, one tape recorder system at the city’s police station, to the state-of-the-art communications center it is today.

Thank you for such a great contribution to the community and congratulations on this recognition! 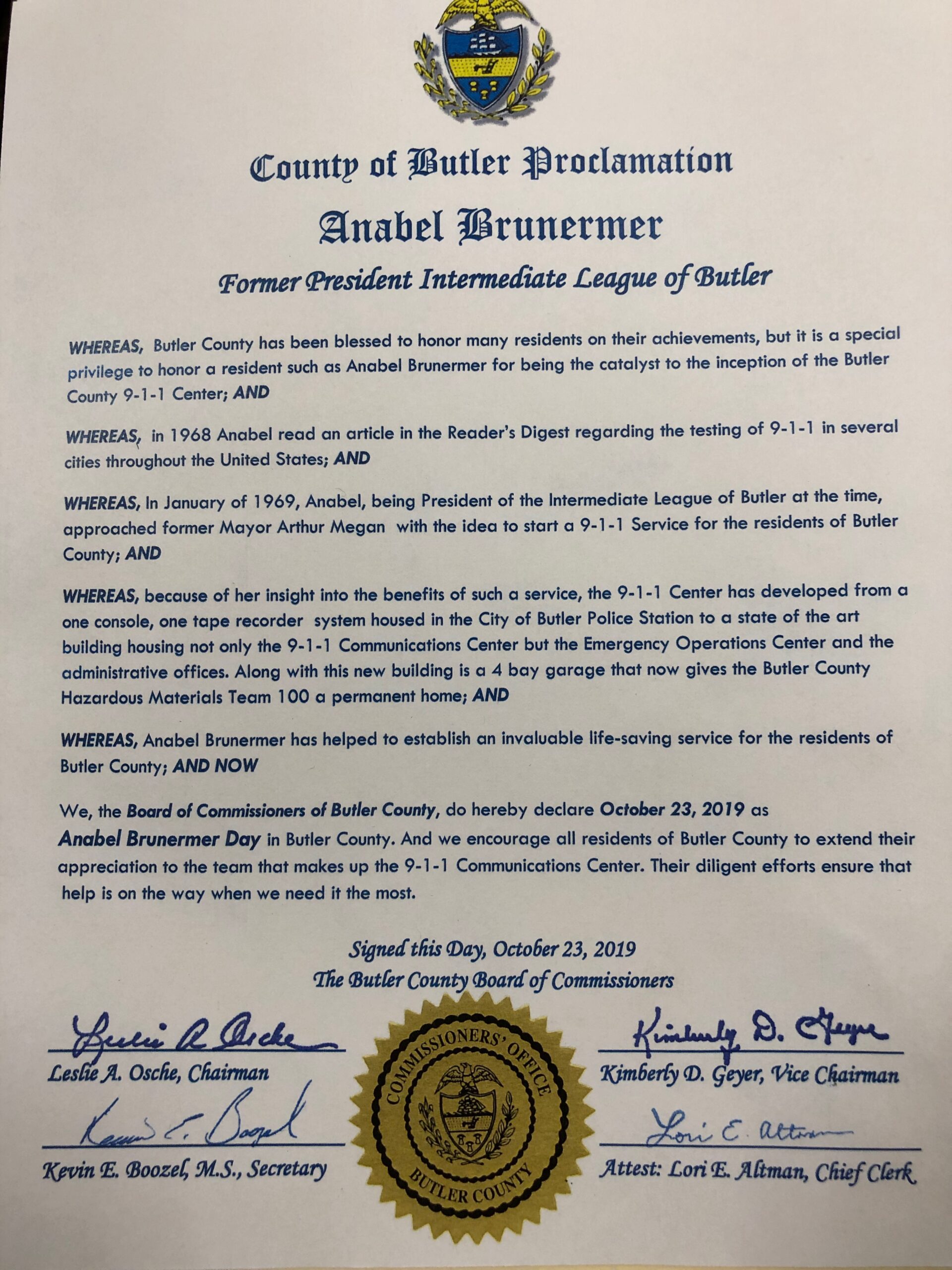